Scientific Advisory Board
The Scientific Advisory Board (SAB) is composed of internationally and highly renowned scientists and physicians in the nephrology and dialysis area. The SAB plays an important role in supporting the Opterion management and board to define its strategic scientific direction. It currently consists of the following members:
Prof. Michel Burnier, MD, Lausanne 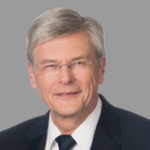 Board Member
Stefan Wohlfeil, MD, has over 35 years of experience in the Pharma and Biotech industry. Most recently he was Chief Medical Officer and Head of R&D at Vifor Pharma with responsibility for preclinical and clinical R&D, regulatory and medical affairs as well as drug safety. Prior to that he was Global Head Clinical Research & Pharmacology at Novartis and Bayer. He also has experience as founder and CEO of two start-up companies in the oncology area, one of which was based in Japan. Stefan started his career at Bayer Pharma, where he worked for over 20 years in discovery research and preclinical and clinical development in Germany, USA and Japan. Stefan holds a Medical Doctor’s degree from the University of Düsseldorf, Germany.

Andreas Schmid has more than 25 years of experience in Finance in the Life Sciences. He worked as a Pharma Analyst at Merrill Lynch and also has experience in fund raising as well as business development.

During the span of his career Andreas was one of the highest-ranked dialysis and generic pharma analysts, with special expertise in European and CEE/emerging markets. His coverage universe included companies such as Fresenius/FMC (Germany), Gambro (Sweden), Stada (Germany) and Aspen (South Africa). Furthermore, he played a major part in the IPOs of Zentiva (Czech Republic) and Hikma (Jordan). Andreas has also been active as a speaker at various industry conferences, for example in New York, Frankfurt, but also in Warsaw and other Eastern European countries.

In addition, Andreas works as finance lecturer at the Hochschule Pforzheim and is a board member of the German shareholder association SdK. 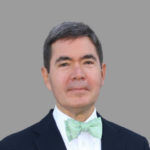 Vice Chairman
Dr Ricardo Cordero, PhD, serves as Vice Chairman of Opterion Health since 2016. Ricardo has over 30 years of experience in the Financial Services Industry where he held various senior positions, for example as CEO of BZ Bank, Managing Partner at Reichmuth & Co Investmentfonds AG, Co-founder and Co-CEO at BWO Bank, etc. Further, he is a passionate and experienced private Swiss investor and holds various investments in the Life Science, Technology and high-end Consumer Goods industry. 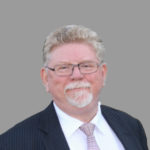 Chairman
Dr David Ebsworth, PhD, has been Chairman of Opterion Health since December 2016. David has over 40 years of experience in the Pharma, Healthcare and Biotech industry. David is a past CEO of Galenica, Vifor Pharma as well as Oxford GlycoSciences and past global head of the Pharmaceutical Division of Bayer. He has chaired several private and public companies and has served on numerous boards as either chairman of the audit, remuneration or nominations and governance committees. David is currently Chairman of Verona Pharma and Actimed Therapeutics. 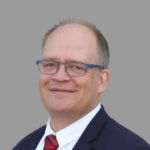 CEO / CSO / Board
Dr Guido Grenzmann, PhD, is the founder of Opterion Health and has more than 25 years of experience in Pharma R&D and Project Management. After academic work on bacterial and viral mechanisms of translational regulation, he became Group Leader Molecular Biology/Genomics at Pfizer and Director Biochemistry/GeneProfiling at Altana Pharma where he worked in Discovery of inflammation in respiratory diseases. In 2007 he founded PBS PharmaBioServices providing contract research and consulting mainly in inflammatory diseases, in multiple therapeutic domains. 2012, Guido founded Opterion, with the aim to develop a new PD solution, to decrease side-effects of this promising therapy.